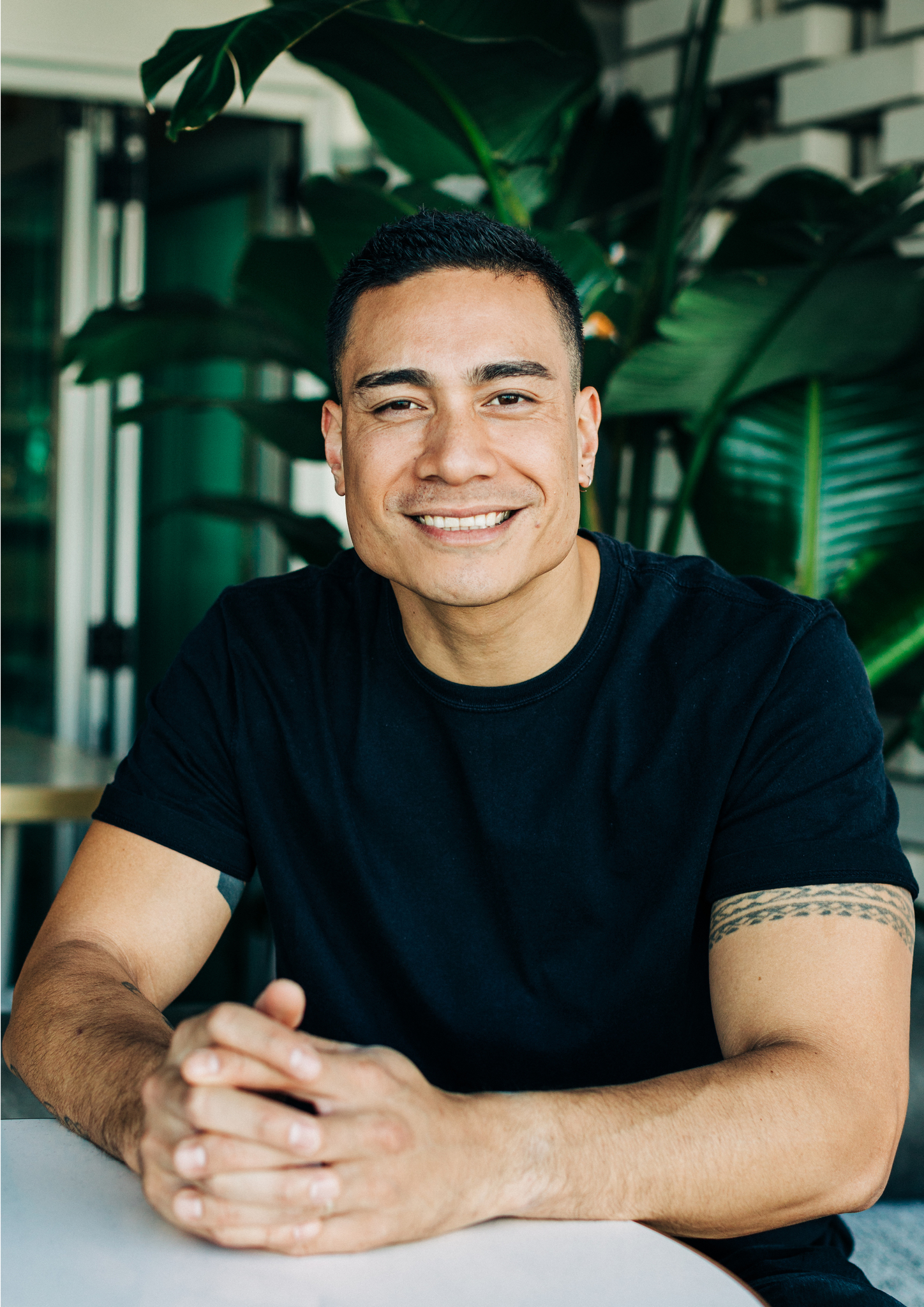 When Uelese (Wallace) Mua was in cooking school, his instructors asked him to write down the names of three restaurants he wanted to work at. He wrote down Soul, White (later rebranded to Fish), and Euro. Now only in his early-30s, Mua has cheffed at all three.

Mua’s career is made up of these full circles; at the age of 15, he worked at the Hilton as a housekeeper to fund his rugby trips, and, 14 years later, he became the youngest executive chef of a luxury hotel when he took up the mantle at Fish, Hilton’s in-house restaurant.

His current position as Euro’s head chef was also set in motion years ago, when Gareth Stewart, (executive chef of Nourish Group), asked Mua to do a trial at Soul after dining at Garnet St Kitchen, where Mua was then cooking. Now he is working alongside his mentor again, a prospect that was too good to give up. “It was a step back in position, but a step forward in my career,” Mua says. “Gareth knows how to challenge me to think creatively.”

Euro’s new direction was the main reason Mua decided to make the move, despite the huge uncertainty that came with the COVID-19 pandemic. “I was a bit hesitant at first, but then Gareth told me, ‘Come in, have a meal, and see what you think.' It only took me two dishes for me to figure that Euro was where I needed to be.”

Those two dishes were the ‘bang bang’ squid and duck shumai. “The ‘bang bang’ squid had everything. I loved how it was spicy enough to think, ‘Should this really be going on a restaurant menu?' But it’s so good that people are willing to handle the pain.”

With Euro’s refresh, Mua feels there’s more room to be experimental and playful, something he’s looking forward to with upcoming seasonal menus. Being Samoan, Mua is keen to introduce Pasifika flavour. “I’ve been playing with taro a lot, and thinking of creating a traditional Samoan dish called fa’alifu kalo. You know how in French culture, you always eat with bread? In Samoan culture, you always eat your meal with taro. The simplest version is boiled taro with some coconut cream and onions, so I’m trying to take that side and make it a full dish.” Coconut, he admits, is one of his favourite ingredients. 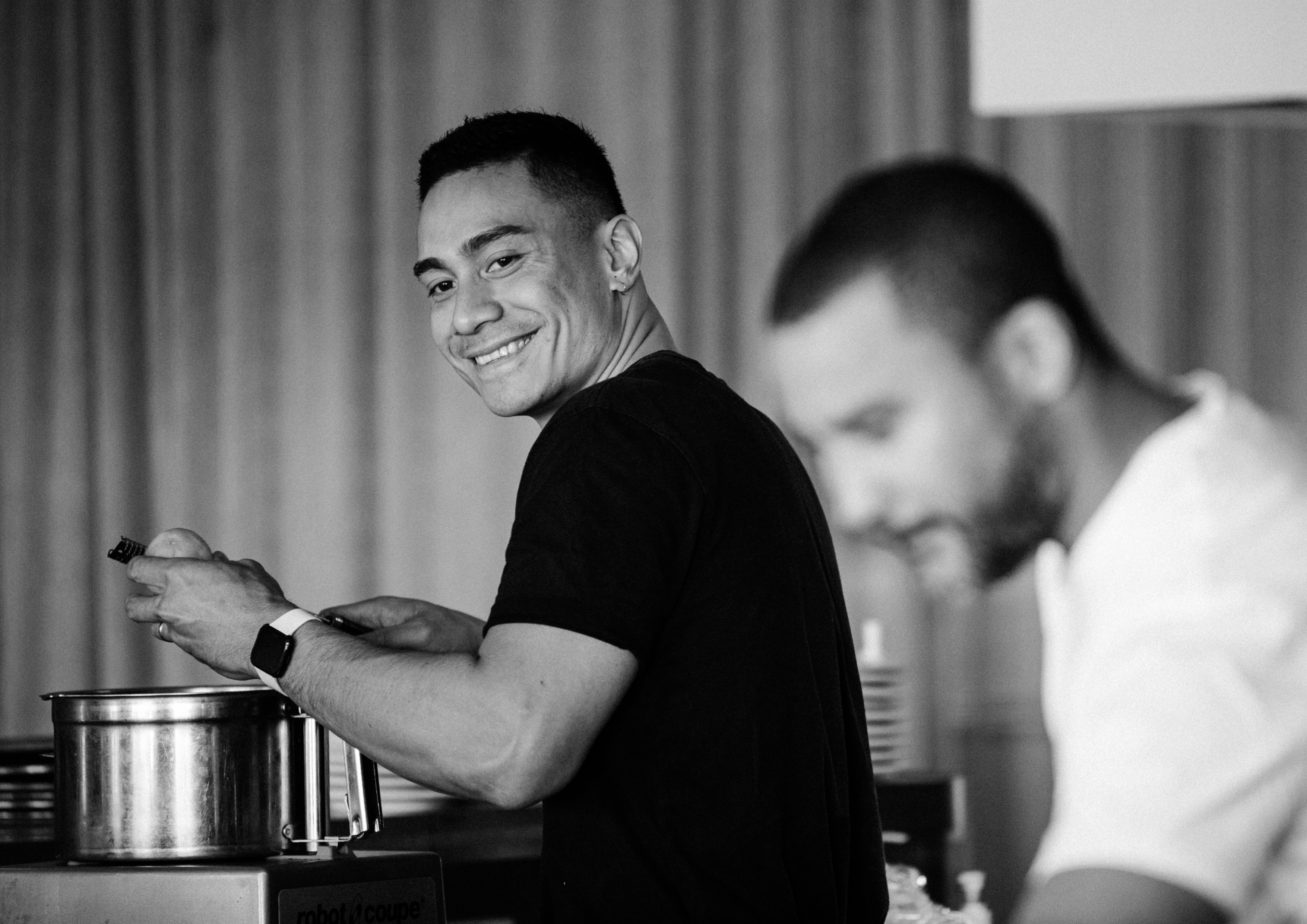 His own cooking background has spanned nations, including years in France where his wife, Anaïs, is from. “I think my real awakening as a chef was at a beach in Marseilles. I ordered a caprese salad at a restaurant. As I was eating it, I stopped halfway, put my cutlery down, and just sat there and looked at my surroundings. I thought, ‘I’ve been making this dish for the past four years at Soul, and never understood it.’ I had never thought about it before — what my diners were experiencing. That was a real awakening into how restaurant food can affect you.”

Despite not having been at Euro long, Mua firmly believes in what Gareth Stewart is doing and has already seen the positive consequences of the changes. “A few nights ago, we had a guy walk past who told us he used to be a regular at Euro but stopped coming years ago. He said this is the first time he’s been back since, and it was the best meal he’d had in Auckland.”