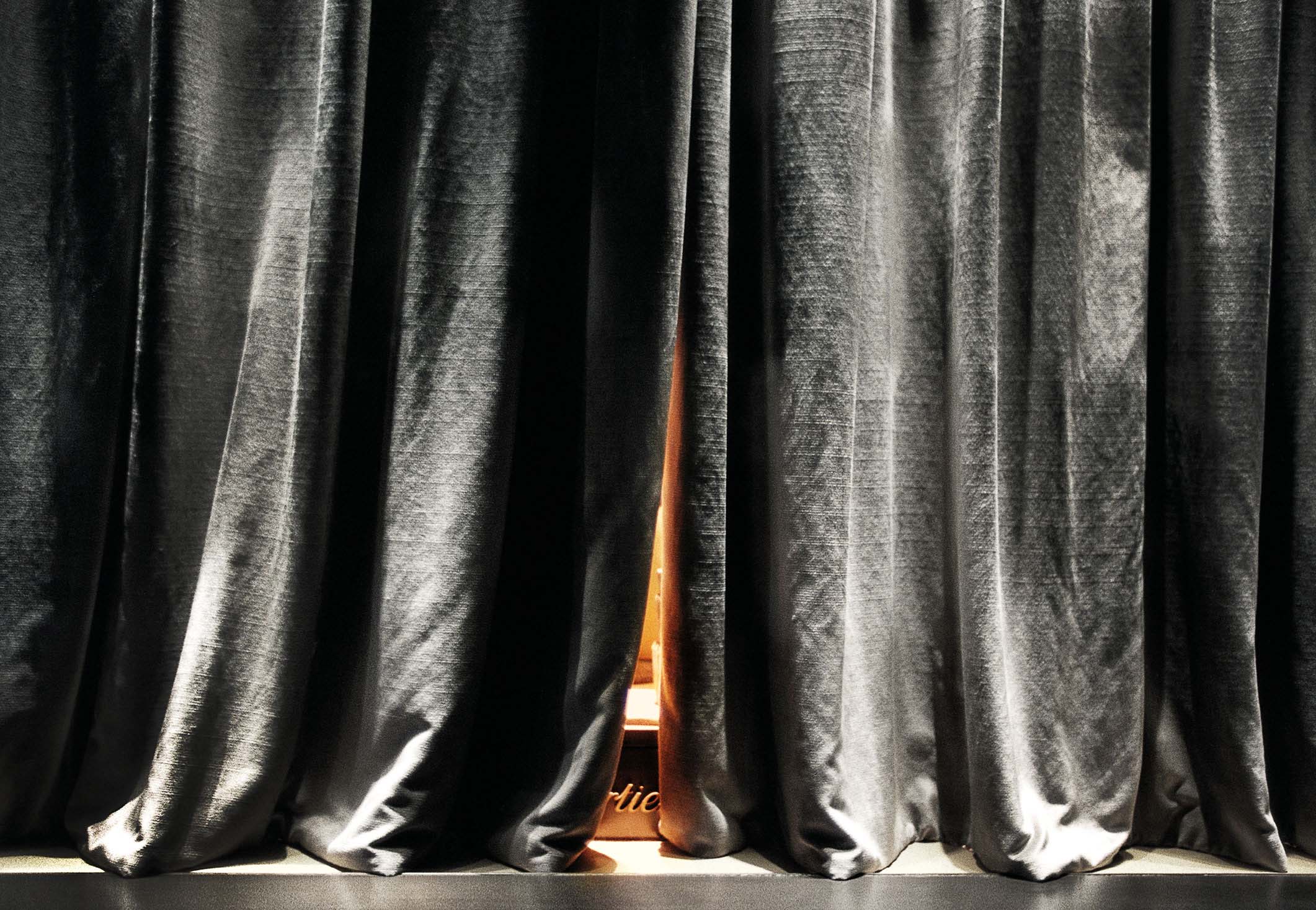 Captured in France at the turn of the millennium, these selected photographs by celebrated New Zealand professional photographer Alistair Guthrie evoke a poetic, fragmentary sense of the country and his passage through it. Guthrie spent six months in France in 1999 with his wife Astrud, who has a family connection to the region, along with their eighteen month old daughter Augustine. A selection of his personal photographs are reprised here with fond remembrance for the intimate moments in which they originate, and a view to the images’ contrasting capacity to speak to diverse audiences in the present.

The trio’s travels began in Cote d 'Azur in the South, where this image of an elegant swan was also taken. At the time, Guthrie was intent on de-emphasising the gear he was using, his attention focussed on communicating a vision. As a result, he made a point of only bringing one camera and lens to a shoot. In this case, the swan was shot on black and white film rendering the contours and textures of the bird’s form in sharp detail. However, Guthrie’s high-contrast graphic aesthetic also balances complementary areas of soft focus which evoke an impressionistic feeling of encounter, the subject of which meets our gaze with a steely, side-eye stare. 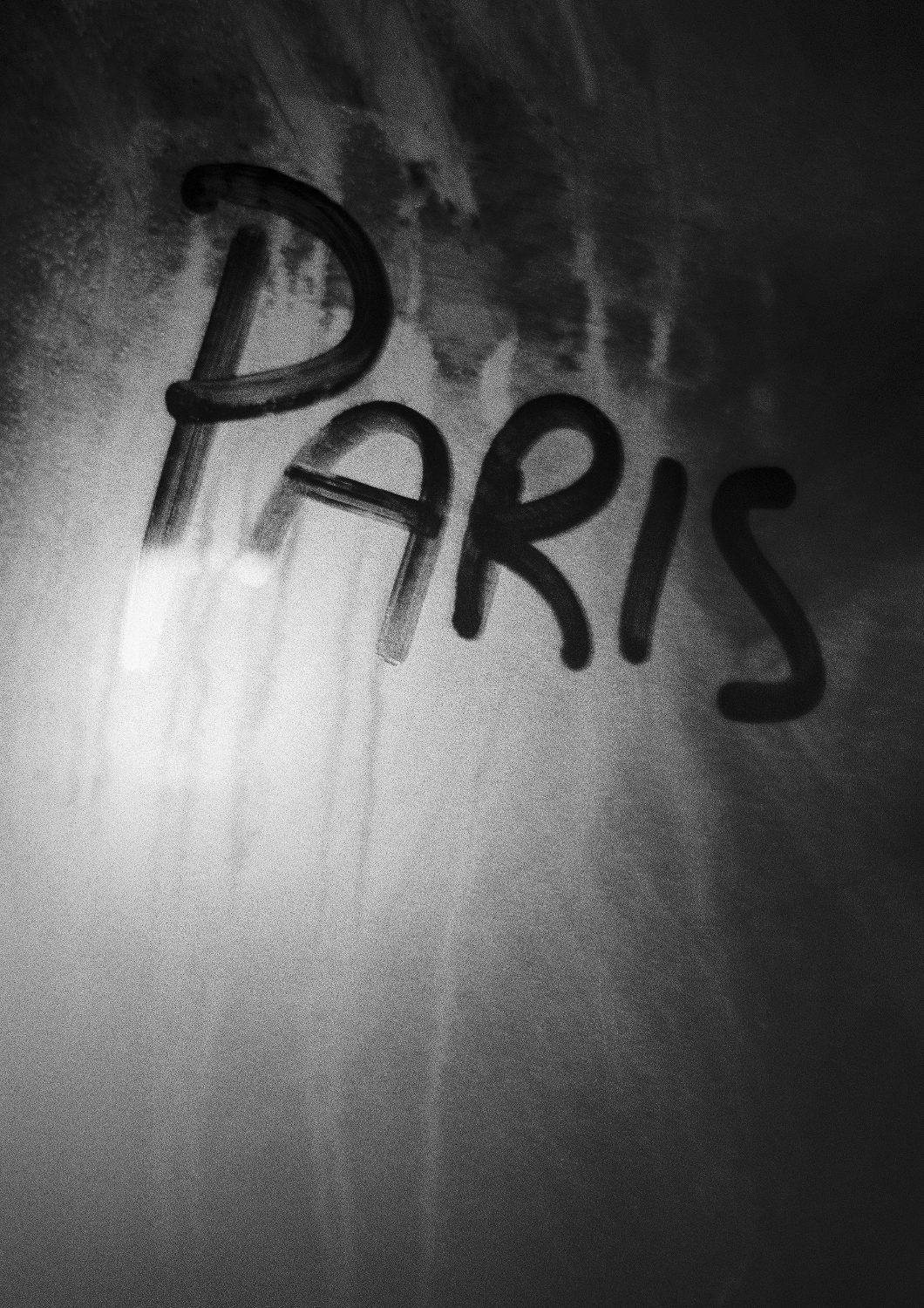 During their time in Paris, the trio lived in a one bedroom apartment in the Marais district. One crisp morning in the apartment stairwell which features a window out onto the street, Astrud inscribed the word PARIS with her finger through the condensation on the glass. Guthrie’s observational approach celebrates this fleeting moment, while the soft focus reinforces the intoxication of inhabiting a city both steeped in romance and routinely romanticised. Given the low light, the image could easily pass as shot in the evening, where we might imagine the window steamed over with the heat of warm bodies embraced in passion. The vantage point looks up and out towards the rain soaked boulevards of the city – ‘street photography’ indeed.

Parisians and their admirers have cultivated an almost mythic quality to the city – the capital of love, cuisine, wine, fashion and culture. Guthrie’s third photograph in the suite, a cloaked Cartier window, speaks to these qualities of Paris – both mythic and real. A lush grey velvet curtain dominates the composition to the point it appears almost monochrome. However, the curtain also frames a sliver of golden light emanating from behind, the glow illuminating several letters of the logo, and the subject a jewellery display cabinet. Yet instead of admiring jewels – apparently hidden overnight by their guardians – we are invited to bathe in the soft light and trace the folds of luxurious cloth. We are also prompted to imagine what might lie beyond, photography revelling in its ability to at once hide and reveal.

There is, perhaps, an almost dreamlike quality to these images, while they also assert their presence in the here and now. In 2021, at a time where we are unable to travel as freely as before, here we encounter a suite of images which connect us across vast distances of time and space: between life in Aotearoa and in France, between the private and public, between capture and release.

Alistair Guthrie was born in 1958 in Taranaki, Aotearoa New Zealand under that mighty mountain and wild west coast, a place of great spirit, light and surf. Photography has always been a presence in Alistair's life, his father was a professional photographer. From after school work in the studio, access to cameras, film, and the many photographic books and magazines available to him, Alistair learned early on that this medium was a relevant form of self-expression. Alistair has used it as an eye on the world that he lives in, earning a living from editorial, advertising, design and his own art photography ever since.